Hello people, We participated in a Filmstro & Film Riot One Minute Short Film Competition, here is our entry for that.
Hope you guys like it. 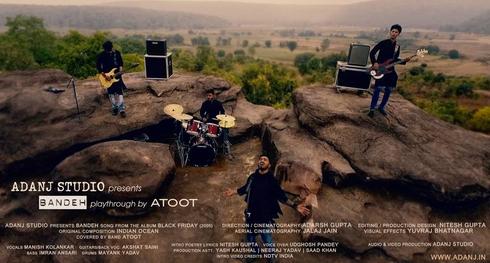 ADANJ Studios are associating as a studio partner this time to make some glimpse of their event 'Technosearch'17'.

The aftermovie will be there for you soon featuring Hardy Sandhu, Nalayak The band, ChaarHazaari, DJ Nina, DJ Malika, DJ Carnivore and DJ Z

The kinky pictures on our facebook page will make you feel the vibes. 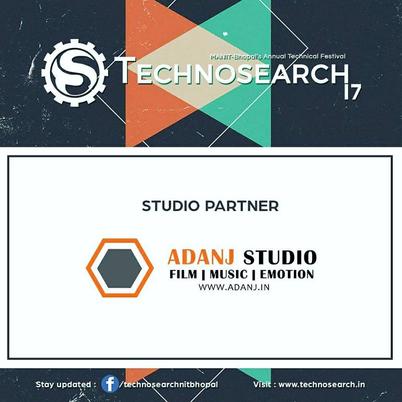 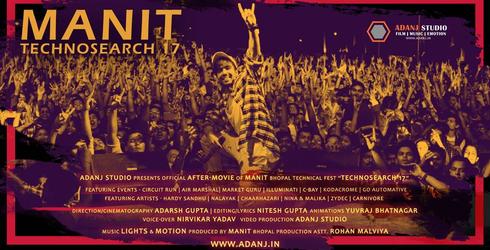 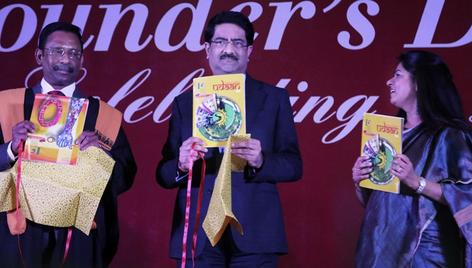 It was a lovely trip to meghalaya where we captured some random colors of North -East India and some great faces of the planet.

Have a look, I hope you will love it.

This boy is raising high in his intelligence & theatrical act.
ADANJ had an amazing portfolio shoot session with Mr. Mehra. Wishing him a good luck to hit the grounds of the Bollywood industry.
Model : SHIVAM MEHRA
Captured : ADARSH GUPTA & JALAJ JAIN

I CALL IT MAGIC

Avancer - Take me away 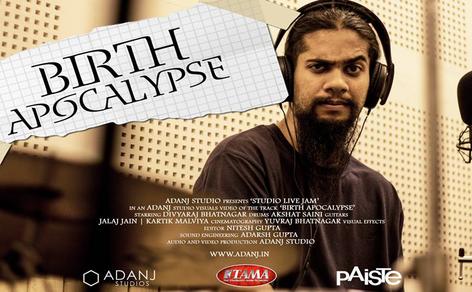 So folks,
Introducing ADANJ's new youtube channel #musicporn with the 'Studio Live sessions' of our drummer Divyaraj Bhatnagar along with Akshat Saini on guitars of the single #BirthApocalypse.
The channel gonna cover all the interesting rock/folk/metal song covers, guitar/drum/vocal lessons and live studio jams of so many artists around.

From the desk of
Nitesh Gupta
CEO - ADANJ
​​ 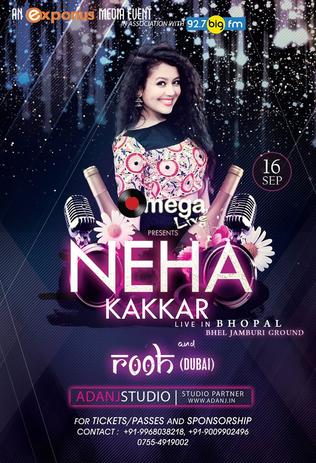 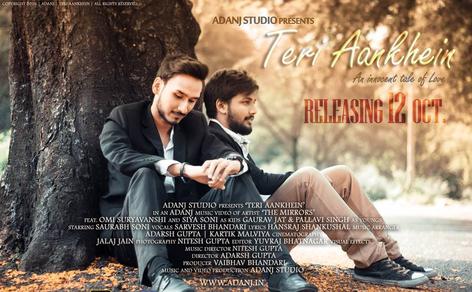 So, a song called 'Wahaan' is out now.

​Watch it in the video section or on YouTube channel of Adanj.

A beautiful composition by our very own 'Nitesh Gupta' sung by Sarah Mehdi and Rohan Pathak.
Must listen.
​You are already in love ;)

Avancer - Take me away 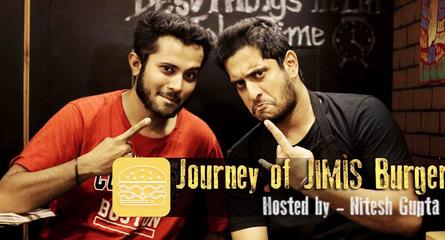 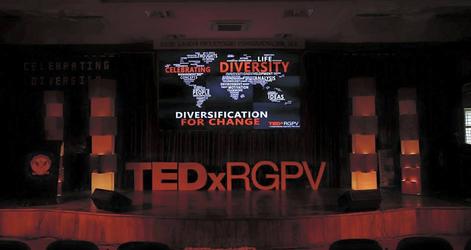 This portion o our website is having the news related to our recent stories and upcoming ventures. We keep conducting auditions and other artistic activities.

‪#‎adanjphotography‬
Hello Anay,
It's been an year of your existense in our life and the words in this universe are not enough to explain a bit of how much you mean to us. :)
On your first bithday, we just want to say since you are here in this world, the only aim in our lives are to see you smiling forever and ever.
Keep smiling my champ to make us smile. :)
- Priyanka & Deep Mehra (Anay's parents)
‪#‎couplephotoshoot‬ ‪#‎love‬ ‪#‎kid‬ ‪#‎photooftheday‬ 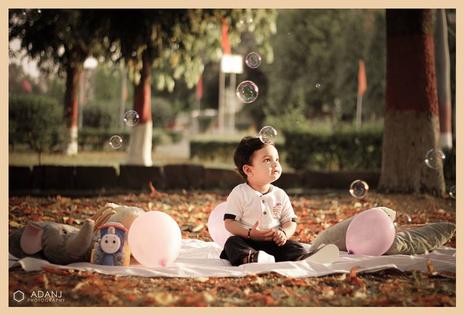 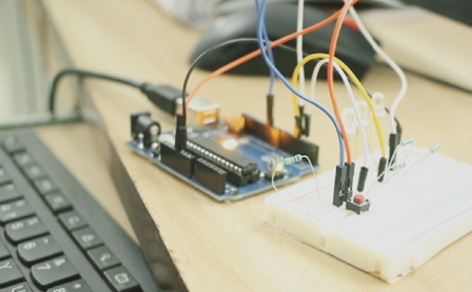 Hello artists,
ADANJ is looking for interns to work, learn, fun and grow. What we believe that #filmmaking is the only present biggest umbrella to keep so many#artists and implement almost all the live #art to put more life in a story.
It's not only about the writer, director, editor or music composer. It's about every single person who gives his/her soul into it to make it alive and open the knots of heart to connect the things from an unexplored dimension of this universe to bring out the tears and laughters from the audience inside.
We are looking for those artists to share a mutual level of intelligence in terms of feelings, technical connect, vision, working sense and dedication.
Please dig yourself from inside first and let us know what you can do and in what sector your presence will be worthful.
Adanj Production always tries to make your efforts worth by feeding the insect inside in the final work.

You need to show your interest by sending us a mail for apply at adanjproduction@gmail.com and let us know your field of interest and how you will be helpful for us?
Attach some links of your previous works.

#comingsoon
So this new year, AdanJ Production is coming up with a music video reveals the journey of a lifetime from the sound of #northeast
Take me away by Avancer nagaland.

ADANJ |Take me away | Official video 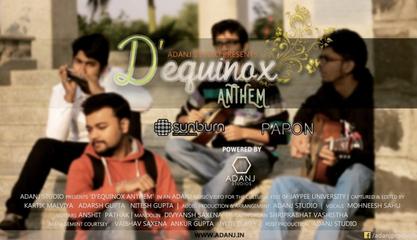 This summer AdanJ Production studio is collaborating with ASYRUS ENT. and bringing up to you the finest blues/rock musicians in our event ROCK_ENFIELD.
A fair with the taste of different genre of rock music.
Earlybird passes would be out by April 15.
Watch more : www.adanj.in 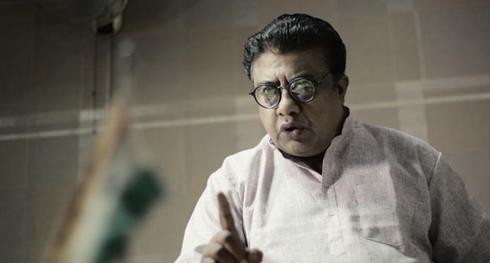 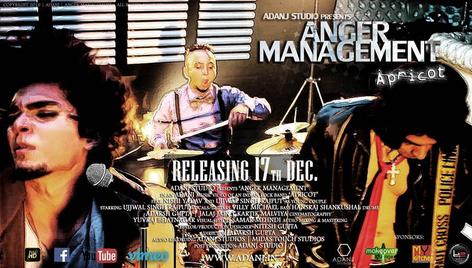 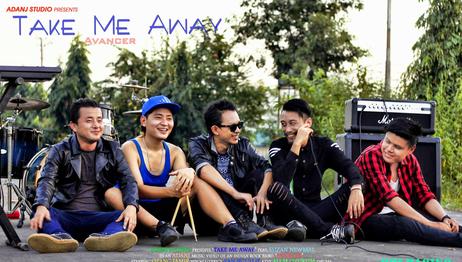 #adanjfilms#musicvideo
Congratulations to all the people of the city who were the reasons. It is because of you all that today our city stands on II position nationally.

Hola!
Get yourself trained this November with the vulgar management of anger with ADANJ Studios.
We are coming up with another official music video of renowned rockNroll band of the city Apricot of the single
#AngerManagement.
Keep calm and listen to #apricot and shut your mouth when they're driving the car. 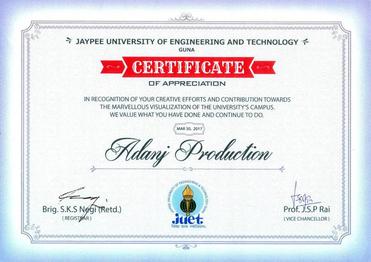 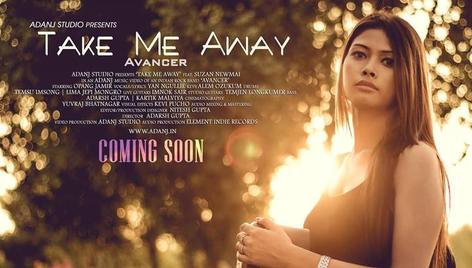 A song well written by Saloni Maheshwari and sung by Ankita Dubey.
​Watch it in the video section or on YouTube channel of Adanj.
Basically when a poetry is converted in a song. 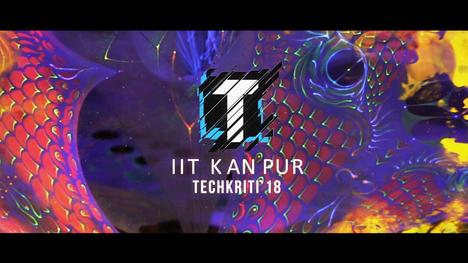 Press coverage about us :

A brief set of words about us in DB post 08/04/2018 .
Thank you तन्मय जैन to put-up our thoughts in such a creative way.
The studio is legendary designed by the one and only Ashish Bhattachrya sir.

I am as passionate & emotional about food as I am for music.
- JIMMY BHORE (Vocalist ZYGNEMA)
ADANJ had an amazing time with JIMMY (metal vocalist come BURGER guy) tasted BURGERS of his magical fingers inside the kitchen.
Watch his food and musical journey from that innocent kid who hold the mic for the very time up to the man who is burning stages..

This weekend Adanj Production is cheerfully coming up with the Official After-Movie of MANIT Bhopal's event Technosearch'17. 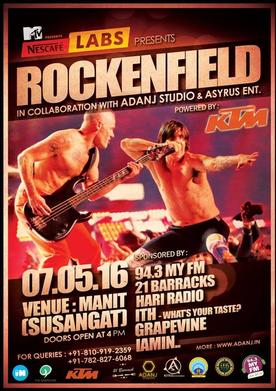 IIT Kanpur is the next move!
This time Adanj Production is associating with one of the biggest fest in the country, Techkriti, IIT Kanpuras a studio partner to bring the charm of Film | Music | Emotion there.

Feeling proud and blesses simultaneously to get appreciated by some biggest personality of this country. We did photography for Sanskaar Valley school for the completion of 10 years.
Here's the magazine with Mrs. Jyoti Agrawal (Director TSV) and the chairman of Aditya Birla group, Mr. Kumar Mangalam himself.  :)

From the desk of
Nitesh Gupta
CEO - ADANJ 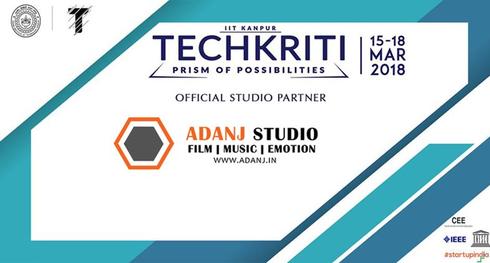 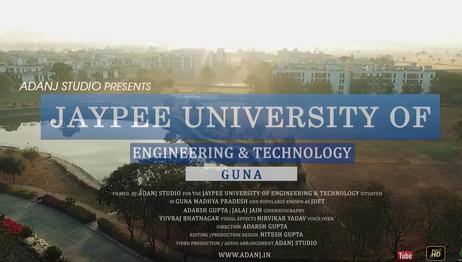 Hola!
Get yourself trained this November with the vulgar management of anger with ADANJ Studios.
We are coming up with another official music video of renowned rockNroll band of the city Apricot of the single
#AngerManagement.
Keep calm and listen to #apricot and shut your mouth when they're driving the car.

So this new year, AdanJ Production released a music video reveals the journey of a lifetime from the sound of #northeast
Take me away by Avancer Nagaland.


ADANJ |Take me away | Official video

An Adanj Production :
Techkriti, IIT Kanpur after-movie '𝗧𝗼𝗴𝗲𝘁𝗵𝗲𝗿' is here. For all the love we've shared together.
Thank you all for making it possible.

#momentofvictory
Hello people, it was an honour for all of us to get awarded by the honourable chief minister of our state Mr. Shivraj Singh Chouhan for a music video we created under the Clean India mission.

Thank you Uday Roman sir for contributing a lot and providing us this wonderful opportunity.

Hola guys,  :D
Something great is coming soon. No need to explain, yeah!  ;)
This time ADANJ is collaborating Exponus Media as a studio partner and forming a joint venture to bring your favorite singers from the Bollywood.
Stay tuned to Adanj Production and bring happiness of music in your lives.

It was really an honor for the ADANJ team to get the appreciation from one of the biggest group of this country.

It feels so good if things happen like this.

This video is a creative result of intelligent cinematography by Adarsh Gupta | Jalaj Jain, fine edits and production design by Nitesh Gupta,
Visual Effects by Yuvraj Bhatnagar.
Our heartful thanks to Sir Nirvikar Yadav and Deeva Tiwari for making it happen.

Introducing Aerial cinematography and photography in ADANJ Production.
Making the vision from the eye of a flying #eagle in Bhopal itself.​

With the amazing and motivational words of the fabulous and legendary personalities, RGPU has organized an internationally accepted TEDx chain.

The adanj visuals of the TED event would be out soon on the official TED channel.

Kudos to Ashesh Pathak to be the lead organizer of the event.​​ 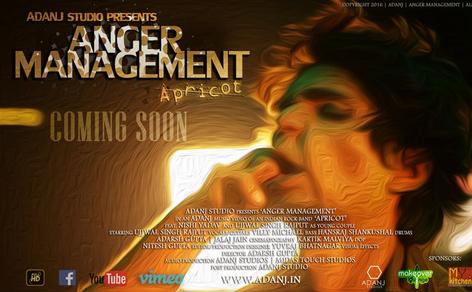 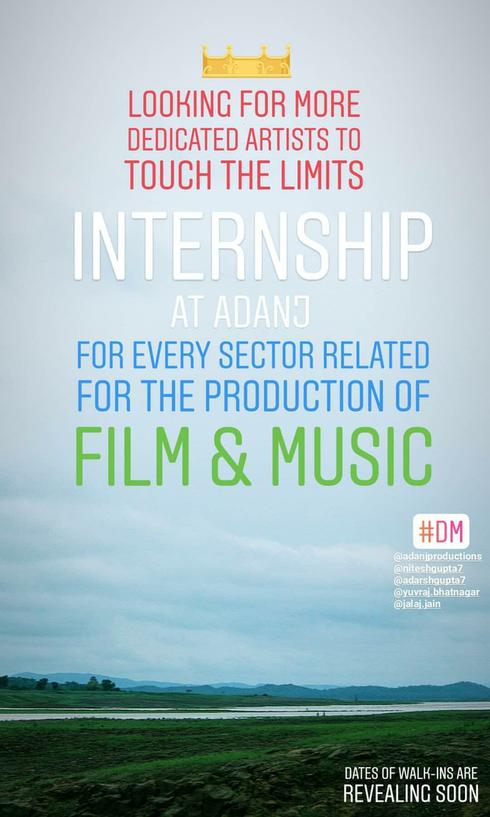 A plane crash that has never been confirmed.
He got missed. WHY? WHO? HOW?
Today Adanj Production is visualising the unsolved mystery behind the contradict and controversial death of NETAJI SUBHASH CHANDRA BOSE.
Have a look and drop your reviews about it.

Web-series trailer is here!
Happy 121st birthday to the legend.

Lighting smiles on innocent faces is far satisfactory and lovelier than lighting christmas tree grin emoticon
We celebrated this ‪#‎Christmas‬ in a special way.
More to come.
PS : Celebrated Christmas with the little orphan kids. ☺

From the desk of:
NITESH GUPTA
CEO - ADANJ

#freestudiosessions #news
You need to read this !!
Hello Musicians,
For a revolutionary act, AdanJ Production studio is announcing #free top 100 studio sessions for the musicians around.
Hereby we're starting a youtube channel called as #MusicPorn .(https://www.youtube.com/channel/UCovC1L4SxZjEH8acu_RUB2Q)
ADANJ needs artist and artist need platform. In this way, we can hold the hands and work together and produce a hurricane one day.
So the point is, if you are a good in any sense vocals, guitars, bass, drums, tabla etc etc... want to cover the songs as vocal/guitars etc cover of any song you like, do nothing... just open the recorder of your phone and send us that recording here at musicporn2@gmail.com with all your facebook url and other work details if possible.
Sending #facebook url is important.
Don't call. Just use your mail.
We'll surely revert it back asap. If we found it worth, we'll definitely record it and make a video of it for you for free*.  :)
Cheers. Happy Times  :)
Watch more : www.adanj.in

From the desk of
Nitesh Gupta
CEO - ADANJ

This time, AdanJ Production in collaboration with JUIT Youth Club (JYC) brings you 3 total rock n roll and SUNBURN nights to jump on the grooves and indulge yourselves with the finest DJs and artists around in the annual cultural fest D'equinox of JAYPEE University.
#sunburn #papon #spunk #edm #rocknroll #rock#booze
Book your tickets now: www.dequinox.in
Watch more: www.adanj.in​

The central India audition tour finally comes to an end. Thank you so much for showing your participation in the audition act and bring the amazing talents out in front of us.

The following artists got short listed for the ADANJ's acting workshop:

Congratulations to the short listed artists. The workshop & shooting schedule will be revealed soon. Keep having the regular checks on the ADANJ's website.

Contact the ADANJ's authorized person of your respective place for any queries.

NOTE : Artists interested working behind the scenes can approach once the shooting schedule gets out.