​A song beautifully written and composed by Kailash Kher and music produced and programmed by us.

It was 3:30 AM, June 5 when lovely couple Indu & Kuldeep were extremely delighted because God blessed them with a baby boy.
Here's a complete journey of them from the pregnancy month to the entry of champ in this world. :D

So folks,
Introducing with the 'Studio Live sessions' of our drummer Divyaraj Bhatnagar along with Akshat Saini on guitars of the single #BirthApocalypse.

हर बच्चा खूब पढ़े, हर बच्चा खूब बढ़े!
Trying to join the hands of a bunch of good souls by spreading their mission of educational right to everyone from this film and music piece of ours.
Have a look and share your love  ​

For our new studio setup in Bhopal. These are the words more than tons of gold for us.

Thank you all for being a part of our dreams.

Behind the Scenes | Adanj Studios

A small mockumentary on a legendary person RAVAN!
Something need to know. Captured a couple of days ago!​

Recorded these amazing artists from Chile - South America in our studio

How such soulful melodies tears the emotions grow. Gratitude

Lighting smiles on innocent faces is far satisfactory and lovelier than lighting christmas tree ;)
We celebrated this ‪#‎Christmas‬ in a special way.

Festivals are made for families and friends.They don't have family but they have friends like you.
Celebrate your festivals with them.
‪#‎holdthehand‬ ‪#‎feelthegrace‬

Adanj Studio is presenting the one of the beautiful place for the youth by the youth people of the city.

A perfect venue to explore MUSIC and meet musicians of the city.
Artistic ambience with rockNroll and blues makes the scene alive.
ADANJ had an amazing time with Maybe There family.
Here are few interesting glimpse of the event, featuring young BHOPAL.

I am as passionate & emotional about food as I am for music.
- JIMMY BHORE (Vocalist ZYGNEMA)
ADANJ had an amazing time with JIMMY (metal vocalist turned BURGER guy) tasted BURGERS of his magical fingers inside the kitchen.
Watch his food and musical journey from that innocent kid who hold the mic for the very time up to the man who is burning stages.

A new mall opened in the city. Our directional piece of this visual is presenting a tour of it.

Get yourself trained for vulgar management of anger.
We again came up with the official music video of a bhopal based #rockNroll band Apricot.
Stay tuned! Cheers!​

A beautiful composition 'Wahaan' by our very own 'Nitesh Gupta' sung by Sarah Mehdi and Rohan Pathak.

​You are already in love ;)

A plane crash that has never been confirmed.
A movie trailer filmed by ADANJ that demystifies the unsolved mystery behind the controversial death of NETAJI SUBHASH CHANDRA BOSE.

Avancer | Take me Away

​Adanj Studio presents - Take me away by Nagaland is coming up all the way from Nagaland carrying the air of the northeast music culture with their journey of the lifetime.​​​​

We assure that creating music and its recording would be fun if you're working with ADANJ. We have a sound recording studio you need. Whether you’re a solo music producer or a full-scale rock band. We provide you with a great experience in studio recording. ADANJ can arrange the ultimate creative experience, harness the inspirational atmosphere that is created within our studio by utilising our creative team. 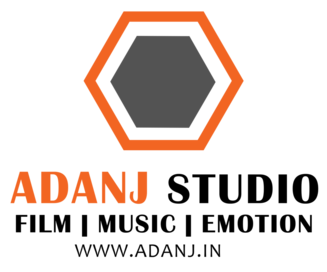 Magical scenes of the musical moments we captured at Bacardi NH7 Weekender Meghalaya 2018. 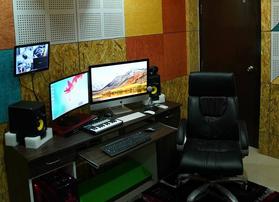 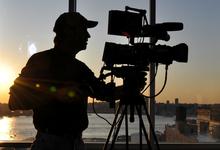 RAVANA | I will be there

Awarded by Chief minister and in collaboration with Bhopal Muncipal Corporation and Ministry of Water Resources, this time ADANJ brings you the ad - infinitum love for Bhopal in the vision for making it the cleanest city of the country. 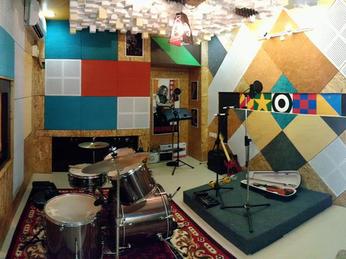 So, the promo of NEHA KAKKAR Live in BHOPAL is out now. The OMEGA Live feat. Neha Kakkar and ROOH band DUBAI.

The track Live ON from the album Insensitive gives a motivational sound to those people who are not living their life in a way that they actually want to live due to many reasons.

The track is about to wake the credulous soul power of a particular by the virtue of which he leaves everything and just listen the words of his heart and he becomes the builder of his own path and shanty. 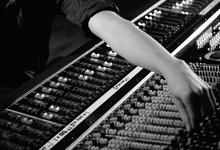 One of the favorite song in rocknroll. Man or animal by Audioslave sung by Chris Cornell and drum covered by our drummer Hansraj Shankushal.

A lovely song 'Faasley' sung and composed by Shikhar shrivastava.

Engaging narratives and striking visuals are a result of excellent Post-production. We at ADANJ, cover every single post-production terminology that comes under the sun. Editing, audio mixing, audio mastering, shots line up, colour grading, visual effects, motion graphics, cover designs, we have got hands on everything. We work in close collaboration with the editors who carry years of experience from Bollywood. We also freelance national - international video projects.

For all the GOT lovers out there.

Acoustic + metal guitar cover of GOT by Akshat Saini.

Written stories always make sense when it comes to pull the visuals out of it.

Decent comedy is good for life.

ADANJ recording studio provides you with the versatilities in tones and colours to dig out the desired sound. We're having the years of playing/recording experienced instrument players and music programmers of the scene and would love to help you out to make your music more impact full and famous.

So folks, here is the after movie of D'equinox 2016.
The movie feat. SUNBURN | PAPON | SPUNK| JASHNA
It was really a great grand fun working with the boys of JUET Nostalgia.
Cheers !!!!! 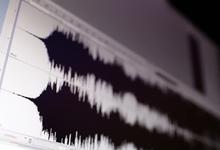 This year you will rule and rock. We wishes all of our folks to be them selves with more energies to make this world a better place. Cheers!

Authentic, Lively and Timeless are the three words that describe our photography skills. We have covered a wide variety of musical concerts, events, artist's portfolio,  weddings, meetings, conventions and corporate outings throughout the country. Our photographers have the eye for the detail having a knack for capturing the most coveted moments.

ROBODIA | Robots for all time 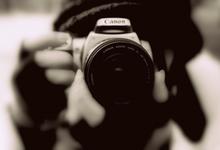 This holi get yourself ready for the colors with glamour.

Bhopali party place where everything is just chill.

Loved to be a part of such a family of humble people and punctual management.

For the sake of PEACE.

For the sake of HUMANITY.

Hello AMIT & NEHA,
If there's bliss, if there's love. We would love to keep your memories safe for ever.
the biggest day of your lives from day it was all started.
Happy Times!!!

More than a decade ago, when we heard this guy for the first time and this song touched our hearts.
Time just played a game that today we proudly have been a part of it.
Have a look.
​Or   ! Bhaari ..

In collaboration with MTV NESCAFÉ LABS, we came up with ROCKENFIELD - Vintage & Vh1 Supersonic aftermovie.
A place to celebrate MUSIC as FREEDOM
where the LIGHTS will guide you HOME
where the feelings are expressed LIKE NEVER BEFORE !!!!! :)

When an adventurous traveller met his craziness couple of years ago 😃

A royal destination wedding of #Shriya & #Mragendra is here.

Have a look ❤️

A Rap produced at Adanj Studio.

The purpose was to make the visuals for multiplex ad films and public LEDs to get the people know about the place.

The promo of Techkriti, IIT Kanpur is here. After-movie '𝗧𝗼𝗴𝗲𝘁𝗵𝗲𝗿' is coming pretty soon. For all the love we've shared together.

Thank you all for making it possible. 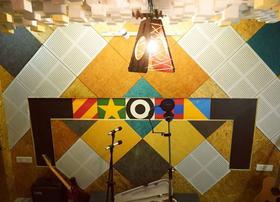 For our corporate clients, this is a presentatio for the ad films section.

A song well written by Saloni Maheshwari and sung by Ankita Dubey.

Basically when a poetry is converted in a song.